WHAT ARE RUN-FLAT TYRES?

Race car technology inspires many useful developments for regular cars. These innovations tend to be expensive at first, and limited in availability. But as the technology proves itself, such components are increasingly integrated into the cars we drive.

Run-flat tyres are one such example. As the technology behind run-flats get better, they’re becoming more mainstream and easier to find, and are now standard equipment on a lot of mid-range and luxury cars. And the prices are dropping, too.

It’s hard being a tyre

Tyres possibly experience more wear and tear than any other part of the car. It’s the air inside the tyre that bears the weight of the car, not the tyre itself. The tyre’s role is to impose shape and structure on the air contained within. If that air is able to escape, the entire purpose is defeated.

A tyre’s capacity is determined by the following factors:

If the air pressure is incorrect, it compromises the air chamber and the tyre’s structure, which weakens the entire tyre and makes it more prone to damage.

A flat tyre often happens at the most inopportune time or place. Most people may call roadside assistance, but they’ll likely be waiting about 45 minutes to an hour. If you know how to change the spare, it’s a dirty job and chances are you’re not properly dressed for it. Worse yet, your car may have no spare, and you don’t know how to use the tyre repair kit.

The development of run-flat tyres is essentially a way to intervene between a blowout and its potential consequences – a minor inconvenience at best, a fatal crash at worst.

Run-flats can bear the car’s load even after the loss of air pressure, because the tyre’s structure was re-evaluated and redesigned.

Run-flat or zero-pressure tyres can support the weight of your vehicle after all the air has gone, providing about 80 kilometers of extra range. This grace period enables you to deal with the situation without panicking or taking hazardous measures, like cutting across several lanes of traffic to reach the side of the road, changing the spare on the narrow shoulder of a busy road, or losing control of the car entirely.

Most brands of run-flats offer a buffer range of 80.5 or 88.5 kilometers. However, some types of run-flats can reportedly go as far as 160.9 or 321.9 kilometers after sustaining damage.

Drivers will usually have to reduce speed to about 80 km per hour to get the maximum range. The owner’s manual will have exact figures for each tyre/vehicle application.

Because this tyre can support the vehicle for miles in a complete air loss situation, it will help you maintain better control than conventional tyres. Steering and handling will remain near normal.

With the spare wheel and tyre repair tools eliminated, vehicle weight is lowered.

Since the structure of run-flats is a little different than other types of tyres, you may have to adjust to a few compromises:

As consumers continue rating safety high on the list of features they look for in a vehicle, the popularity of run flat tyres is expected to grow. Since run flat tyres work reliably with interconnected technologies like TPMS, it may only be a matter of time before they become the norm rather than the exception in new vehicles. 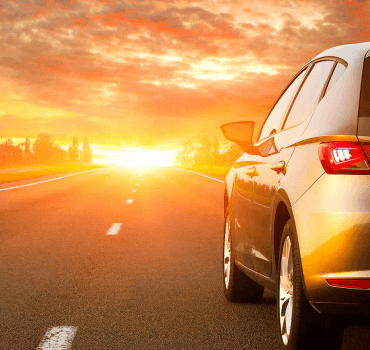 HOW THE SUMMER HEAT AFFECTS YOUR TYRES 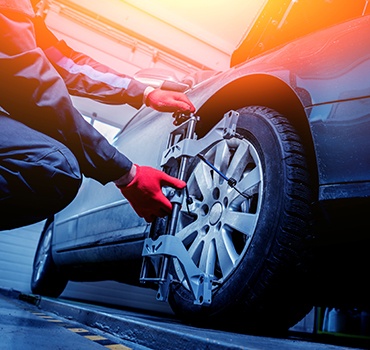 WHY TYRE ROTATION IS IMPORTANT 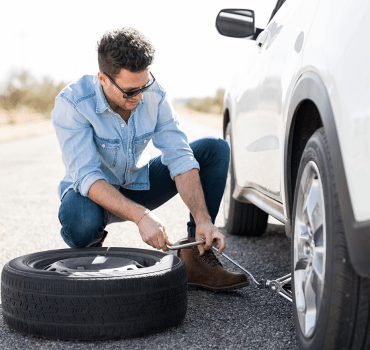 HOW TO CHANGE A FLAT TYRE