RIO DE JANEIRO (15 August 2016) – The International Olympic Committee (IOC) and Bridgestone Corporation (Bridgestone) today announced a collaborative agreement that makes the world’s largest tyre and rubber company the first Founding Partner of the Olympic Channel. The new, ground-breaking digital platform, where fans can experience the power of sport and the Olympic Movement all year round, will launch worldwide on Sunday 21 August following the Closing Ceremony of the Olympic Games Rio 2016. The four-year partnership between Bridgestone and the IOC extends through to 2020. “We are delighted that our Worldwide TOP Partner, Bridgestone, has become an Olympic Channel Founding Partner,” said IOC President Thomas Bach. “Bridgestone has demonstrated its support for the Olympic Movement and belief in the Olympic values through its long-term commitment as a Worldwide TOP Partner, and through this new agreement we look forward to working closely with them to bring the Olympic Channel to fans around the world.”

“This is a very exciting time for Bridgestone as our Worldwide Olympic Partnership marks the first truly global marketing platform in our company’s history, and the Olympic Games Rio 2016 – the first ever in South America – are our first as a Worldwide TOP Partner. It is fitting that we also are the first Founding Partner of the Olympic Channel,” said Masaaki Tsuya, CEO and Representative Executive Officer, Bridgestone Corporation. “The Olympic Movement is universal and we continue to reaffirm Bridgestone’s longstanding support for sport and our belief that the core principles of Olympism – and the world’s greatest athletes – should be celebrated every day of the year.” A Worldwide TOP Partner since 2014, Bridgestone is strengthening its commitment to the Olympic Movement and the Olympic Channel mission, outlined in Olympic Agenda 2020, to reach audiences around the world, beyond the Olympic Games period, 365 days a year. As a Founding Partner, the company will play a key role in enabling the development of the Olympic Channel and will work with the Olympic Channel team to put content into the hands of fans anytime, anywhere, and on any device. 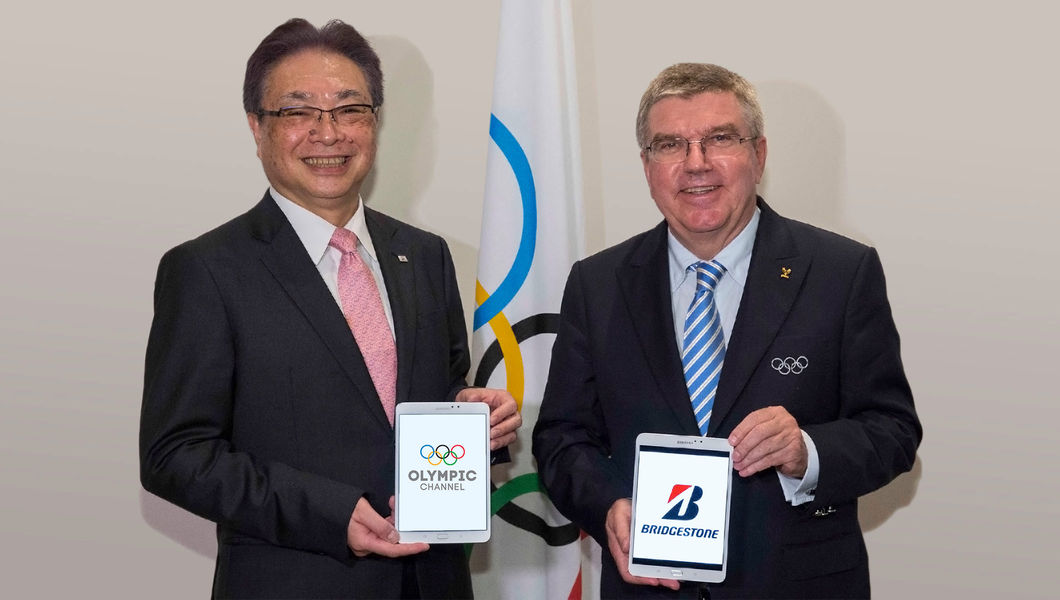 At the outset, Bridgestone will serve as the presenting partner of the Olympic Channel’s “Against All Odds”, an eight-episode documentary series that demonstrates the very embodiment of the Olympic spirit and follows eight athletes. Each half-hour episode will focus on one athlete, offering a first-person account of a key turning point, and how personal will and determination helped them to overcome adversity and reach their goals. The first episode in the series will premiere on 21 August, when the Olympic Channel launches. Support for “Against All Odds”, and the Olympic Channel as a whole, furthers Bridgestone’s proud history of innovation and its more than 100 years of sporting heritage – and also deepens the company’s engagement with the passionate, performance-oriented fans who follow the Olympic Games and sport around the world.


About the Olympic Channel

The Olympic Channel is a digital-first, multiplatform global Olympic media entity, which aims to broadcast the Olympic Movement and its inherent values all year round, especially in the periods between the Olympic Games.

The primary objectives of the Olympic Channel are to provide a platform for the continuous exposure of Olympic sports and athletes beyond the Olympic Games period and to help create anticipation while providing opportunities to "re-live the experience" after the Games; continuously highlight the relevance of the Olympic

Movement's ideals to the challenges of today's world; provide a platform for sharing the IOC's very rich patrimonial assets and archives with the world and create additional value and content for the IOC archives; and engage the young generations around the world using methods that are relevant to them, building understanding, entertainment and education. At launch, the Olympic Channel will be a digital platform, with on-demand content available across the web, mobile, tablet and other connected devices where fans can experience the power of sport and Olympism 24 hours per day, 365 days a year. Audiences will also be able to access content and engage through a variety of social media platforms as part of the Olympic Channel network. For more info, please visit olympicchannel.com.

The International Olympic Committee is a not-for-profit independent international organisation made up of volunteers, which is committed to building a better world through sport. It redistributes more than 90 per cent of its income to the wider sporting movement, which means that every day the equivalent of USD 3.25 million goes to help athletes and sports organisations at all levels around the world.

Bridgestone Corporation, headquartered in Tokyo, is the world’s largest tyre and rubber company. In addition to tyres for use in a wide variety of applications, it also manufactures a broad range of diversified products, which include industrial rubber and chemical products and sporting goods. Its products are sold in over 150 nations and territories around the world.

For more information from the IOC, please contact the IOC Media Relations Team:  Tel: +41 21 621 6000 email: pressoffice@olympic.org, or visit our website at www.olympic.org.
For more information from Bridgestone, please contact the Bridgestone Americas Media Center:  Tel: +1-877-201-2373; for Japanese inquiries, calls should be directed to Daisuke Baba at +81 (80) 8036-4570