At Bridgestone, our dream is to become a truly global enterprise and to establish the Bridgestone brand as the undisputed world No. 1 brand in both name and substance. Across the globe, our entire team is focused on achieving this goal.

The roots of our dream date back to the establishment of Bridgestone Tire Co., Ltd. in 1931. Anticipating the future potential of tyres for passenger cars and the international development of the business, founder Shojiro Ishibashi used an English translation of his surname for the name of the company. Even then he may indeed have been dreaming of the future of the Bridgestone Group.

As Japan's automobile industry grew, The Bridgestone Group expanded its business to become Japan's largest tyre manufacturer. The company also actively expanded overseas, particularly in Asia. In 1988, the company acquired The Firestone Tire & Rubber Company, a well respected global corporation with a venerable history of its own. This transformed Bridgestone into one of the world's largest tyre and rubber companies and created a global team dedicated to serving customers worldwide with the highest level of quality, service and technology.

We hope this introduction to our company will provide you with a deeper understanding of the Bridgestone Group's strengths, as well as our future direction. 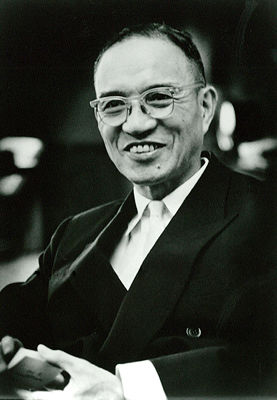 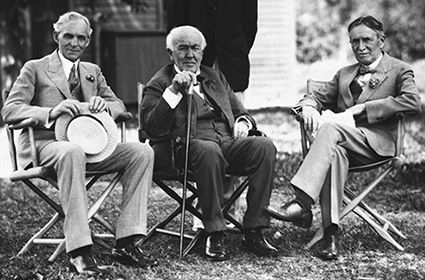 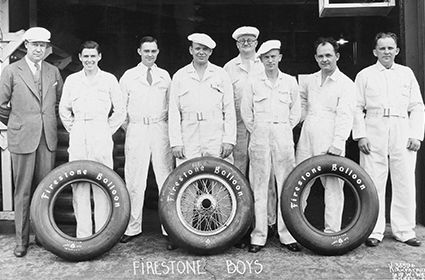 The “Firestone Boys” proudly show off the new gum-dipped balloon tyres that first appeared at the 1925 Indianapolis 500. Firestone brand remains the exclusive tyre of the Indianapolis 500 and the IndyCar Series.

As a seventeen year old, Shojiro Ishibashi took over his family clothing business in Kurume, Fukuoka Prefecture in 1906. Shojiro's ambitious dream was to dedicate his life to contributing to the nation of Japan above and beyond the work of his family business. His list of accomplishments is impressive: including: specialization in tabi Japanese traditional socks, reform of the apprentice system, use of a standardized pricing system, creation of Jika-tabi (socks with rubber soles used as work shoes), development of the rubber shoe business and overseas production. Using the capital accumulated from Jika-tabi and the rubber shoe business, Shojiro decided to make tyres, which was an industry that didn't exist in Japan at that time. He believed in the future of motorized transportation in Japan, and he was adamant about producing tyres domestically. 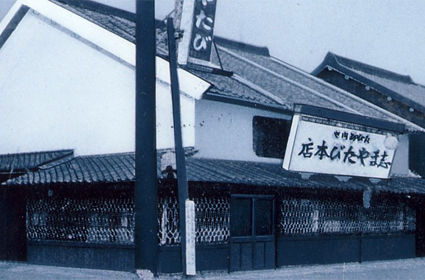 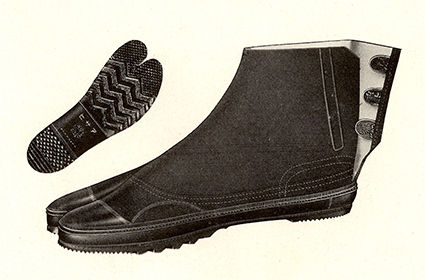 The very first Bridgestone tyre was produced on April 9th, 1930, by the Japan “Tabi” socks Tyre Division. Approximately one year after first tyre was built, on March 1st, 1931, the founder, Shojiro Ishibashi, made the Japan “Tabi” socks Tyre Division independent and established the Bridgestone Tire Co., Ltd. in the city of Kurume, Fukuoka Prefecture. The Bridgestone Tire Co., Ltd. focused on manufacturing tyres based solely on Japanese technology. In the early days, the company experienced many challenges in the areas of technology, production and sales. The company quickly improved its quality and the business rapidly expanded both the domestically and overseas. 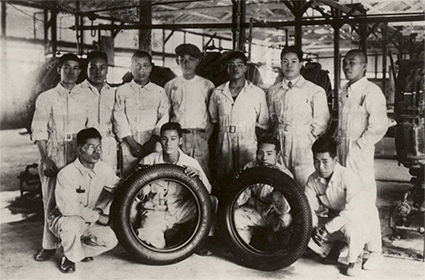 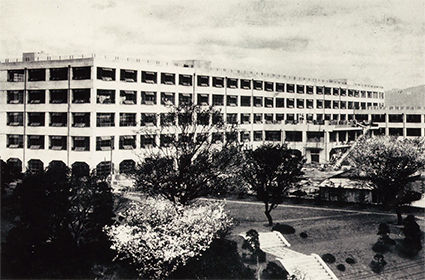 The completion of the first plant in Kurume (1933)

Wartime regulations were in effect throughout Japan, which resulted in nearly all of the company's output being used to satisfy military demand. Although 1945 saw the end of armed conflict, the company had been directly impacted by the war and faced a challenge to rebuild it business operations.

The Bridgestone Tokyo Headquarters building was destroyed during an aerial bombing raid, and all of its overseas assets were lost. Fortunately, the plants in Kurume and Yokohama escaped unscathed, and the company was able to restart production immediately after the war ended. The company overcame many obstacles and eventually emerged from the war as a stronger organization. 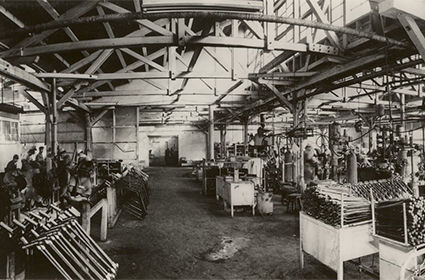 The Asahi plant (Saga Prefecture) moved its production from aircraft tyres (wheel) to bicycles in the aftermath of the war, and this lead to the establishment of the Bridgestone Cycle Company.

In 1951, Bridgestone was the first company in Japan to begin selling rayon cord tyres, and a five-year project to modernize production facilities was started. This year also saw another Bridgestone building opened in Kyobashi, Tokyo, which contained the Bridgestone Museum. Sales surpassed ten billion yen in 1953, placing Bridgestone at the top of tyre industry in Japan, and celebrations were held to commemorate the 25th anniversary of the company's establishment in Kurume in 1956. Bridgestone began selling nylon tyres in 1959. To better meet the needs of an expanding automotive market, a newly constructed Tokyo plant, was opened in 1960. 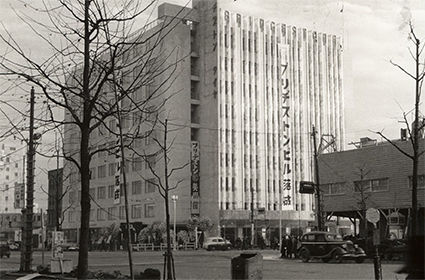 The completion of Bridgestone's headquarters in Kyobashi (current location), Tokyo (1951) 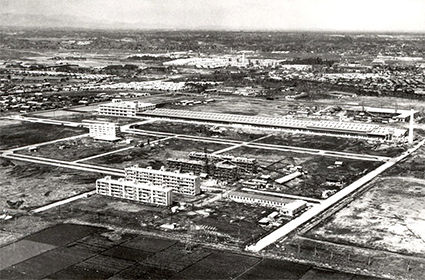 Additions were built onto the Tokyo plant in 1962 to house the new Technical Center, and a progressive system of research and development was established. On the product front, 1967 saw the sale of its first passenger-vehicle radial tyre, the RD-10. Our first overseas plant since the end of the war was opened in Singapore in 1965, and production was also commenced in Thailand in 1969. For Bridgestone, the 60s was an era of overseas expansion that included the establishment of Bridgestone Tire Company of America in 1967 to serve as the company's U.S. sales headquarters. 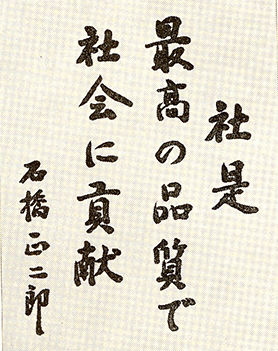 The company's motto written by the founder (established in 1968) 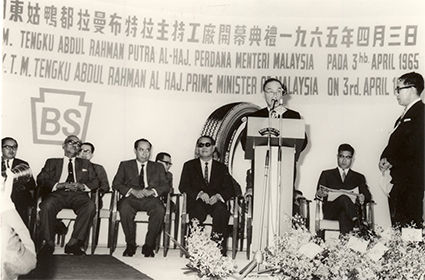 Bridgestone's first overseas plant since the end of the war is opened in Singapore (the plant began operation as the Bridgestone Malaysia Plant in 1965, and then changed the name to Bridgestone Singapore in 1968.)

The oil shock of the early ‘70's brought about economic stagnation in Japan. Despite these challenges, during this period Bridgestone was placing even more emphasis on establishing its own technology for the manufacture of radial tyres and was building new tyre plants in Japan.

Its Super Filler Radial was placed on the market in 1978, and in 1979 the company released the high-performance POTENZA radial tyre.

The company actively continued to expand overseas. In addition to beginning production in Indonesia and Iran in 1976, the company invested in a Taiwanese tyre manufacturer and purchased a tyre plant. In 1980, Bridgestone purchased a plant for manufacturing tyres and diversified products in Australia.

During this period of exciting growth and expansion, the Bridgestone family of companies also had to cope with the sad news of the passing of its beloved founder Shojiro Ishibashi who died on September 11, 1976. 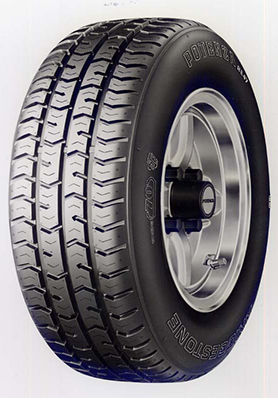 RE47, the first of the POTENZA high-performance radial tyres (1979) 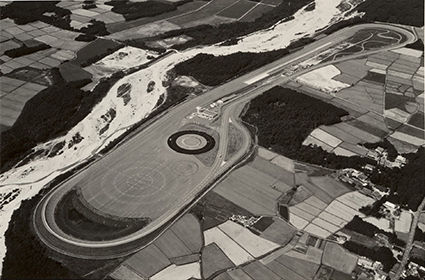 On March 1, 1981, Bridgestone celebrated its 50th anniversary. At the same time, the company set its sights on strengthened its homes base and while continuing its strategy of overseas expansion with the goal of becoming one of the world's top three manufacturers of rubber products. As part of this strategy Bridgestone purchased a tyre plant in Tennessee from the Firestone Tire & Rubber Company, which became the company's first manufacturing plant in North America. Bridgestone began production of truck and bus radial tyres at the plant in 1983. In May 1988, Bridgestone acquired The Firestone Tire & Rubber Company which transformed Bridgestone into one of the world's largest tyre and rubber companies. The acquisition of Firestone, gave Bridgestone a large number of production sites in North America, Central and South America, Europe, and other locations. Bridgestone also began operations in Turkey under a joint management agreement in 1988. To enhance the company's corporate identity, Bridgestone Tire Co., Ltd. was renamed to Bridgestone Corporation in 1984. 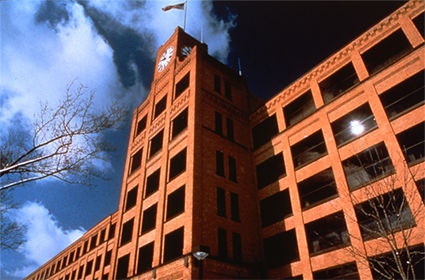 The Akron headquarters of the Firestone Tire & Rubber Company, which later became one of the three Technical Centers for Bridgestone Corporation in 1990 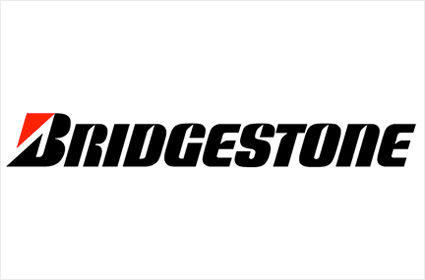 With the adoption of a new corporate identity, the Bridgestone logo was redesigned (1984)

The company's successful integration efforts with Firestone led to strong profits in 1992 and the establishment of a new European Headquarters for Bridgestone and new headquarters the Americas in Nashville, Tennessee. To enhance company's brand awareness and build on Firestone's heritage of motorsports excellence, in 1995, Bridgestone re-entered the Firestone brand into the Indianapolis 500 race and to Indy Car racing one of America's most popular motorsports. Bridgestone brand entered Formula 1 racing in 1997 which is the most popular and technologically advanced form of racing worldwide. New production facilities were also established in Thailand, India, Poland, China, the United States and other countries as the company continued to expand its business globally. In 2000, the Chemical and Industrial Products Technical Center was built inside the Yokohama Plant to serve as the technology and innovation hub for the company's growing the Diversified Products Business. 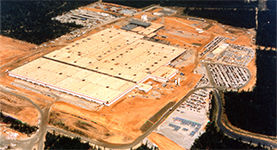 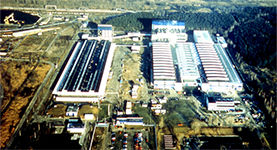 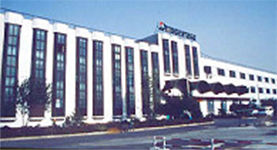 A global company of excellence

In 2001, the Bridgestone global family of companies adopted a new corporate philosophy focused on building “Trust. And Pride” with the company's key stakeholders including its employees, its customers and with its neighbors in the communities it calls home. In 2007, Bridgestone acquired Bandag, Incorporated, a tyre retreader based in the United States. This allowed Bridgestone to provide truck and bus tyre customers worldwide with leading technology and a total tyre solution whether for new tyres or retreading products and services. Bridgestone is committed to being a world leader in tyre technology and the developing the most advanced tyres and rubber products in the world and to always provide world class customer service. We have a “Passion for Excellence” that can be summed up in the words of founder Shojiro Ishibashi, who said Bridgestone is dedicated worldwide to “Serving Society with Superior Quality”. 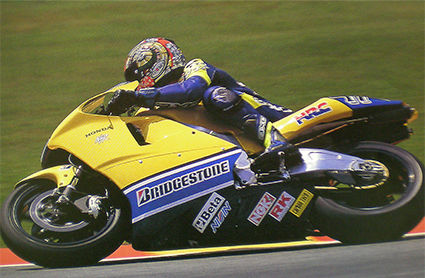 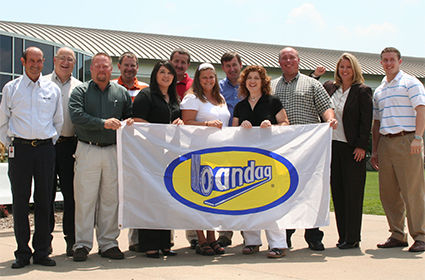 Welcome to Bridgestone Customer Care Service. If you have questions about how Bridgestone uses your personal information, you can check our privacy policy. This includes using your personal data to provide support related to updates and assess and improve the way we support our customers through Customer Satisfaction surveys.